Matthew came to the Allentown Rescue Mission, in search of finding himself

Matthew came to the Allentown Rescue Mission, in search of finding himself. Matt grew up being raised by his grandparents and when he turned 18, he decided to join the Marines. But due to some personal issues he encountered, he was released. Once released he resided in Pittsburgh, PA where he began taking classes at Point Park University, a film school.

When college had ended, Matt moved back to his hometown of Scranton. After realizing that he did not have many opportunities there, he impulsively came to Allentown even though he had nowhere to stay.  While in Allentown, Matt hit some rough patches. His life began to decline with his use of alcohol and drugs. He was also charged with a felony theft. When Matt got released from prison, he spent some time getting clean, but he realized that he still needed to find a way to be closer with God.

Matt had not heard about the Allentown Rescue Mission until his family called and got some information on how they can help him. After hearing about the spiritual help they can offer, Matt decided to go to the Allentown Rescue Mission and he enrolled in the Transformation Program. Matt says “When I heard about the Transformation Program I got excited because I thought I was just going to be miserable. I thought I would just be doing the same things at the same job and I felt like this was the change I needed. I needed some more spiritual guidance.”

Matt began to find himself as he progressed through the program and his advice to everyone is to start a relationship with God and search for yourself. “By searching for yourself, you can figure out where you came from and how you can improve,” says Matt. “The search never stops but it is your search for spirituality that gives you meaning.”

Matt is looking forward to what is in store for him. He is hoping that when he graduates the program, he can reconnect with his family but also start focusing more on his studies to start writing screen-plays. He also says that his hope is to get back in the swing of things by having a job, remaining healthy and following the Word through all of his endeavors.

Matt had lost his way and has since decided to make some life changes that can help him become a better and stronger man. He is looking forward to the future and he says he knows one thing for sure, “no matter where I go, or what I do, I am going to stay close to the Good Shepherd, Jesus.” 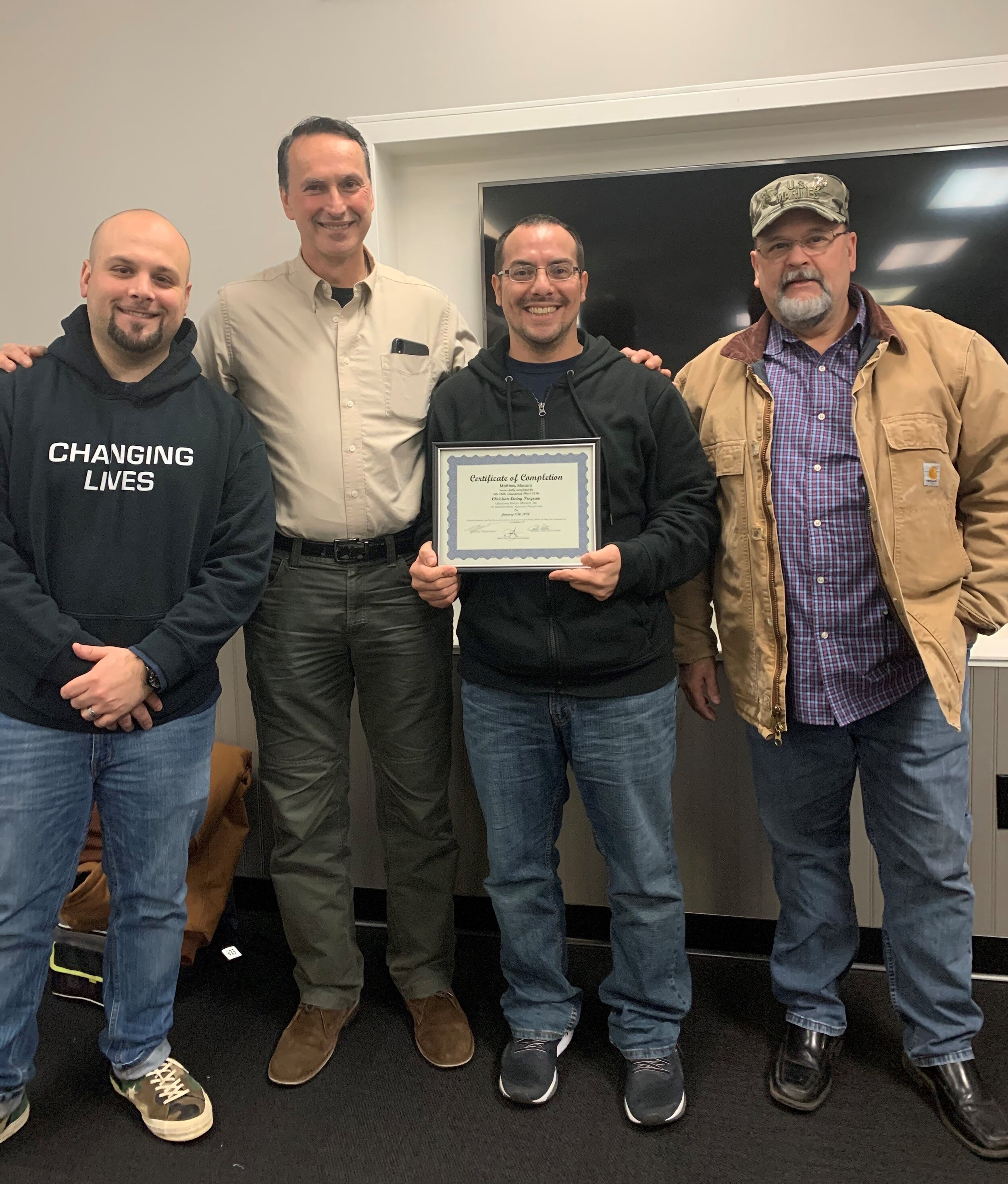